Legend has it that in the breaking moments of these bloody battles, courageous peasants leapt to the aid of the army of Croatian knights. They wore terrifying masks on their heads and carried large bells on their backs, frightening their hateful conquerors to death and in so doing contributing to a great and important victory.

On April 11th, 1241, the Batu Khan Mongolian army defeated the Croatian and Hungarian knights on the Šajo River. King Bela IV sought salvation in the fortified Croatian towns. During their invasion towards the south, the Mongols burnt Zagreb down, but their striking power decreased in battles in Dalmatia. According to tradition, as suddenly as they came, the Mongols withdrew from a devastated Croatia after being defeated by Croatian soldiers on Grobnik field in 1242.
Our renaissance writer, Dimitrije Demeter, author of librettos for Vatroslav Lisinski’s operas: Teuta, Ljubav i zloba and Porin, and author of the drama Dramatička pokušenja, is also known for his poem on Grobnik field written in 1842.
On the 600th anniversary he dedicated the same poem to the Croatian soldiers from the famous battle at Grobnik field.

From the end of 15th century until the beginning of 17th century, the people were in constant fear of the Ottomans. Around 1600, during the last invasions of the Ottoman army towards the coastal areas, the Uskoci of Senj (Croatian guerrilla army from Senj) often used to talk in Rijeka, about their fierce battles with the Ottomans. Stories about the Ottoman behaviour in Lika spread amongst the common people and fear reigned when they heard that the army had also invaded Gorski kotar. Panic extended to Rijeka and its surrounding areas when the powerful Ottoman army settled on the nearby Grobnik field. During the siege the citizens of Rijeka raised their eyes to the sky and prayed to St. Michael to kill the Ottomans by throwing rocks from the sky. During these fateful days, in 1601, the Croatian nobleman, Zrinski observed the great Ottoman army who were preparing themselves for the final charge from the fortress at Jelenje. He watched and was very shaken as he was sure that nothing would remain of his small army of heroes when the Muslim horsemen forced themselves upon them. As often happens with legends, there are two interpretations of how exactly this mismatched battle took place, and of precisely how the Turkish pasha lost his life?
(Did he die from an arrow shot by the nobleman Zrinski or from a stone thrown from a slingshot by a peasant dressed in sheep skin???)
When the Ottoman soldiers remained without their pasha they began to flee without looking back.

During their flight, the sky answered the prayers of the citizens of Rijeka, and burning rocks began to fall from the sky burning the Turks, with only their turbans remaining on the field.
In memory of that event the goldsmiths, known as morettists, created earrings in the shape of a black man's face with a Muslim turban on his head. Women from Rijeka and all the surrounding areas gladly wore these Morčiće (Morettos).
So this is the tale of the morčić (moretto), that still today, in its role as an original piece of coastal jewellery, is a reminder of that fateful day when "rocks fell from the sky” onto the Grobnik field.

Grobnik has been a livestock county since the time the first settlers came. Shepherding and cattle droving, agriculture and forestry made inhabiting and surviving for centuries possible for our ancestors. The terrain configuration and a moderately mild climate have been rather beneficial for the development of livestock raising. Another beneficial factor were both meadows in the plains and in the mountains. Our ancestors drove the livestock into the mountains in early spring and the cattle remained in the mountains until late fall. To secure it from wild beasts that sometimes ventured even into settlements, wealthier livestock owners rented labourers to patrol the meadows creating noise which drove the predators back into forests. According to the stories told by our eldest we learned that they used bells, rattles and other accessories available. They dressed themselves into sheep fur and wore a mask (“Krabuja”) made from the skull of a bull or a ram, painting their faces black with soot.

Although they seemed frightening, the greatest asset in the work they were doing was the powerful sound of the bell («Dondolo») which resulted in their name – Bellringers («Dondolaši»). Due to the fact that most of the work they were doing took place in early spring, which is the time of carnival, they  frequently visited their villages dressed in that attire.

Though the development of cattle raising started to stagnate due to the industrial revolution, the custom of bell ringing («dondolanje») remained during carnival time.

When the Tatars raided these parts in 1242., led by Batu Hkan, the grandson of the famous Gingis Khan, a battle which was vital for the survival of Croats in these parts took place on the Grobnik field («Grobničko polje»). The legend speaks of valiant villagers who came to aid the army of croatian knights when they needed their help the most. Wearing their frightening masks and large bells they drove fear into the enemy and made this grand victory possible.

Today, when in procession the Bellringers walk in pairs, because in life you always need to have that one friend who you can rely on. They follow their flag, which is traditionally carried by one of the eldest members of the group.

The order and formations are monitored by the leader («Meštar»). When needed he can have one or more assistants to help him in his duty. The bellringers obey the leader and his orders without questioning his decisions or judgement.

During every stop, the bellringers form a circle moving in the course opposite to the motion of hands on a clock, which symbolises the return in the times of their ancestors and to their roots. The circle («kolo») which they form is also a natural defense formation in open spaces. In the middle of the circle their banner (or flag) is held high, and it symbolises the original values of the croatian people – family, home and country. With their synchronized bell ringing in the circle they manifest their tendency toward a safe and harmonious life, and with their arms raised they display their determination to defend the values which Bellringers represent.

After the culmination in the form of the circle, it opens up, and masks are removed to reveal radiant faces of the Bellringers. At this point they can refresh themselves and make a toast with their hosts to express their gratitude.

After that they assume their starting position and continue the journey towards their next stop. 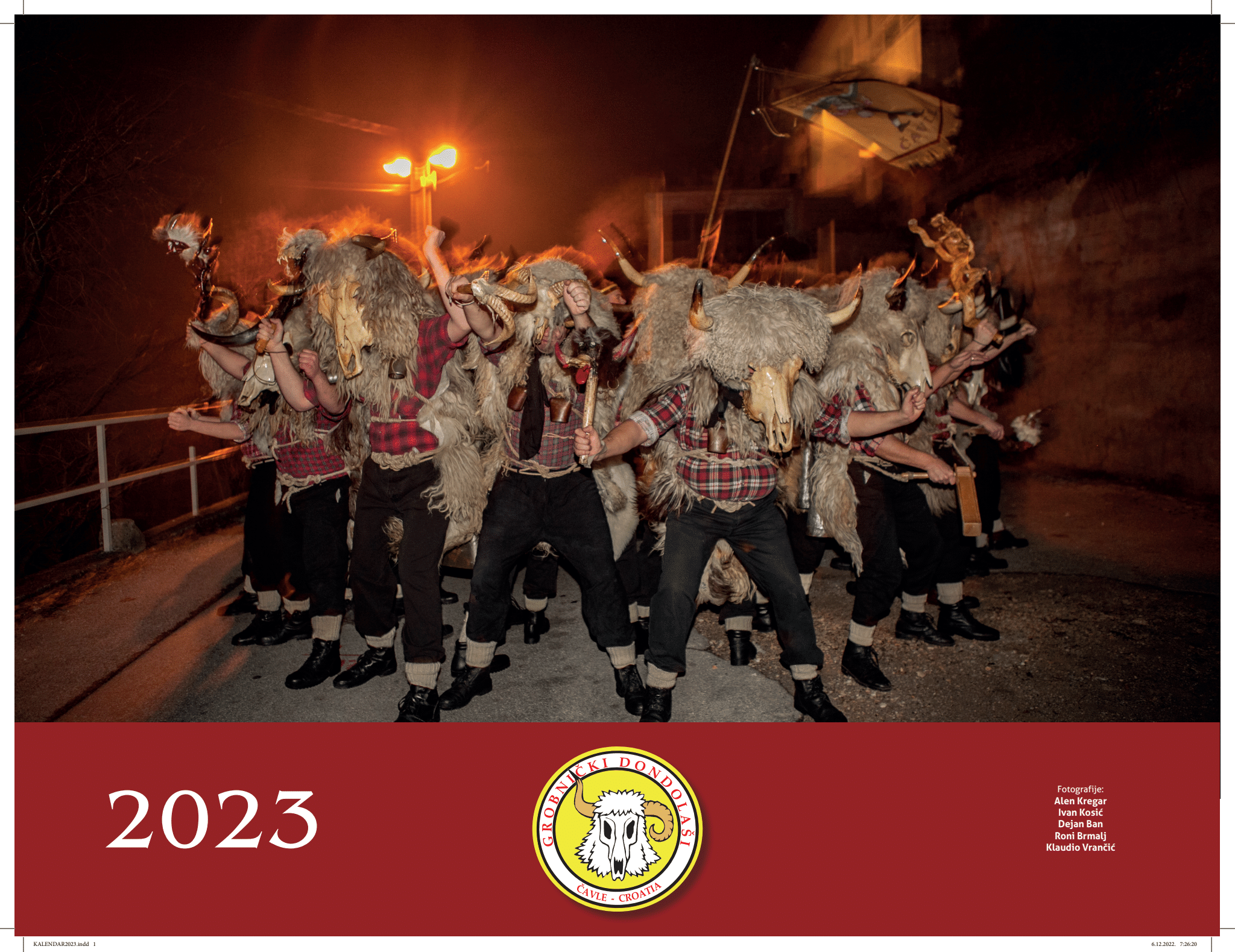 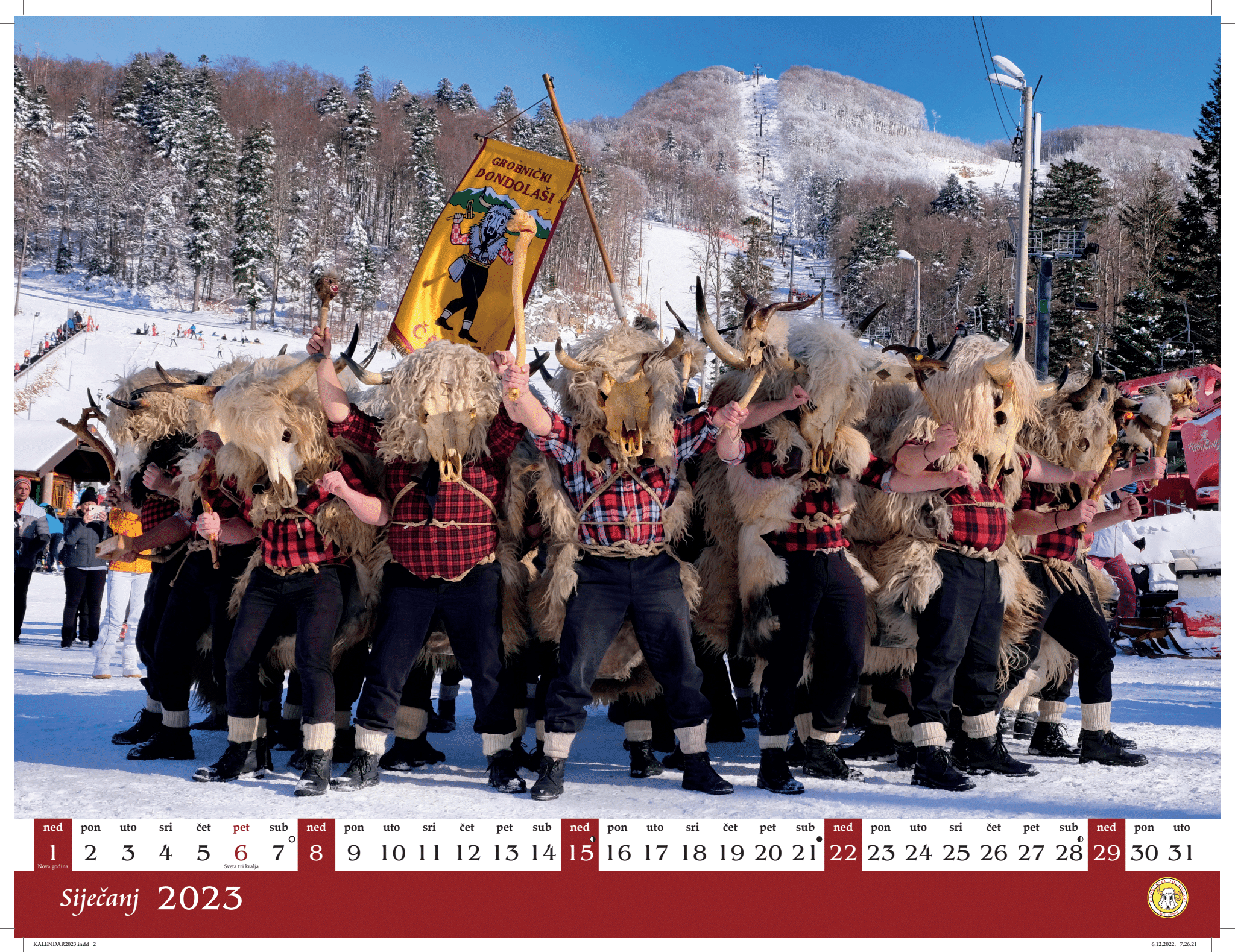 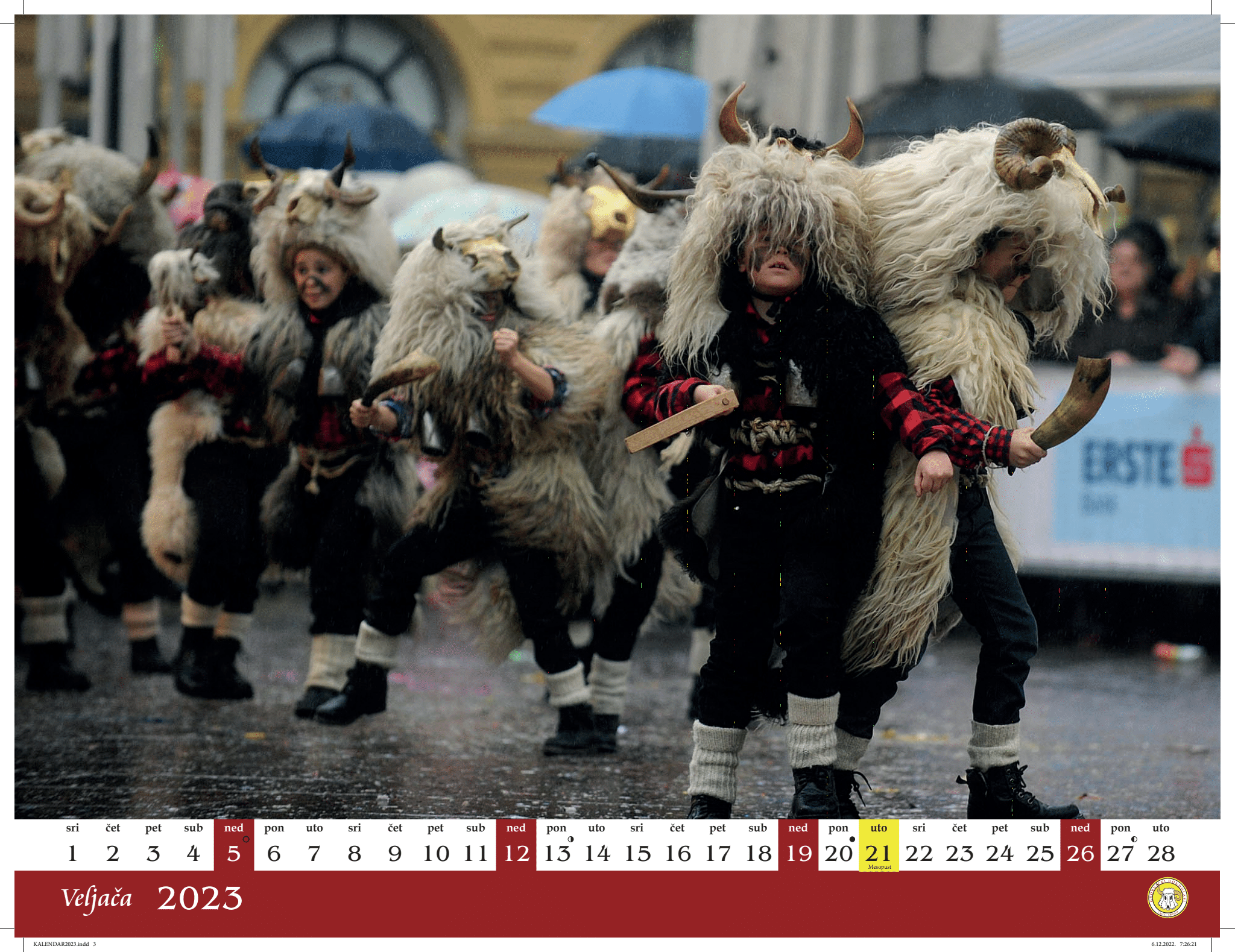 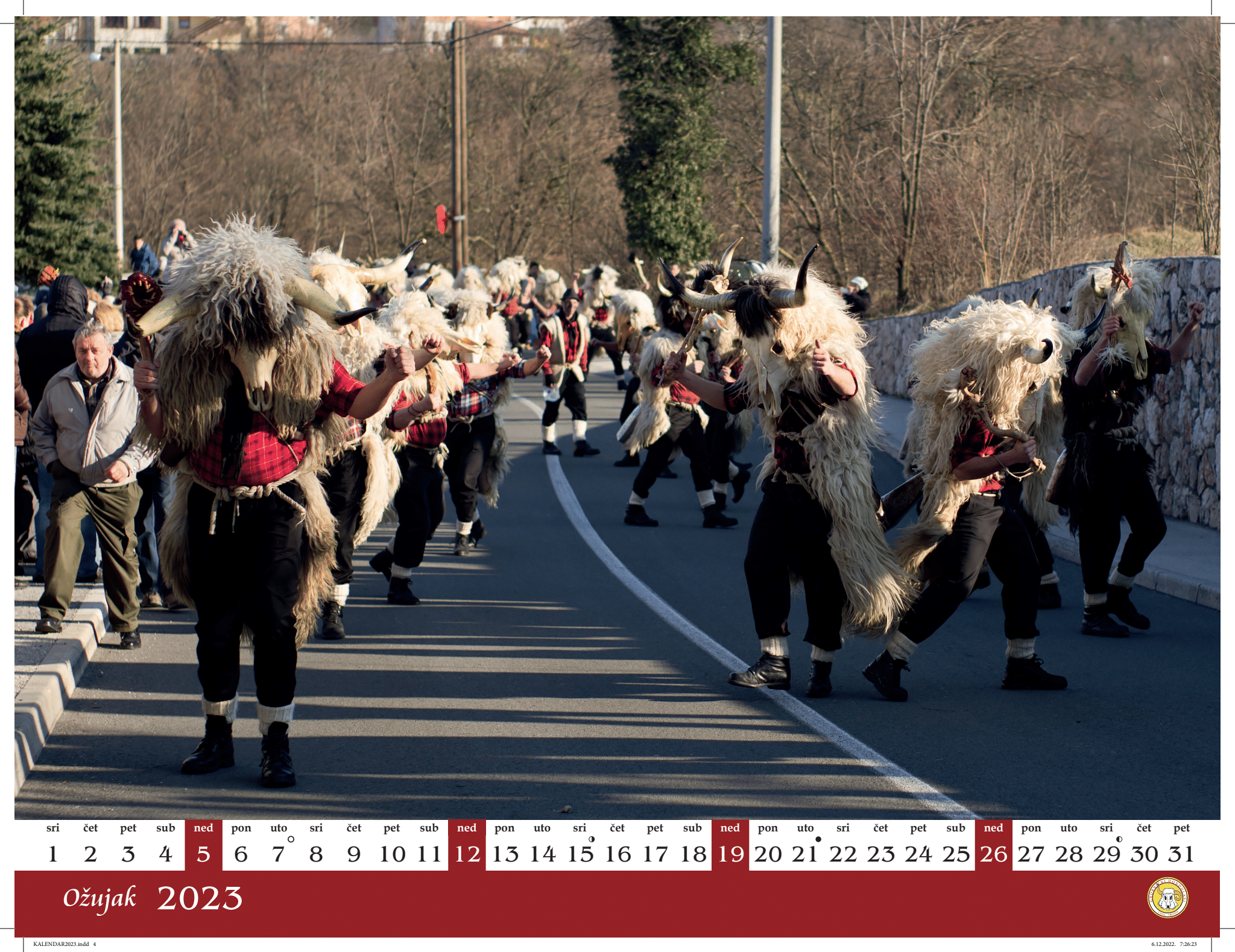 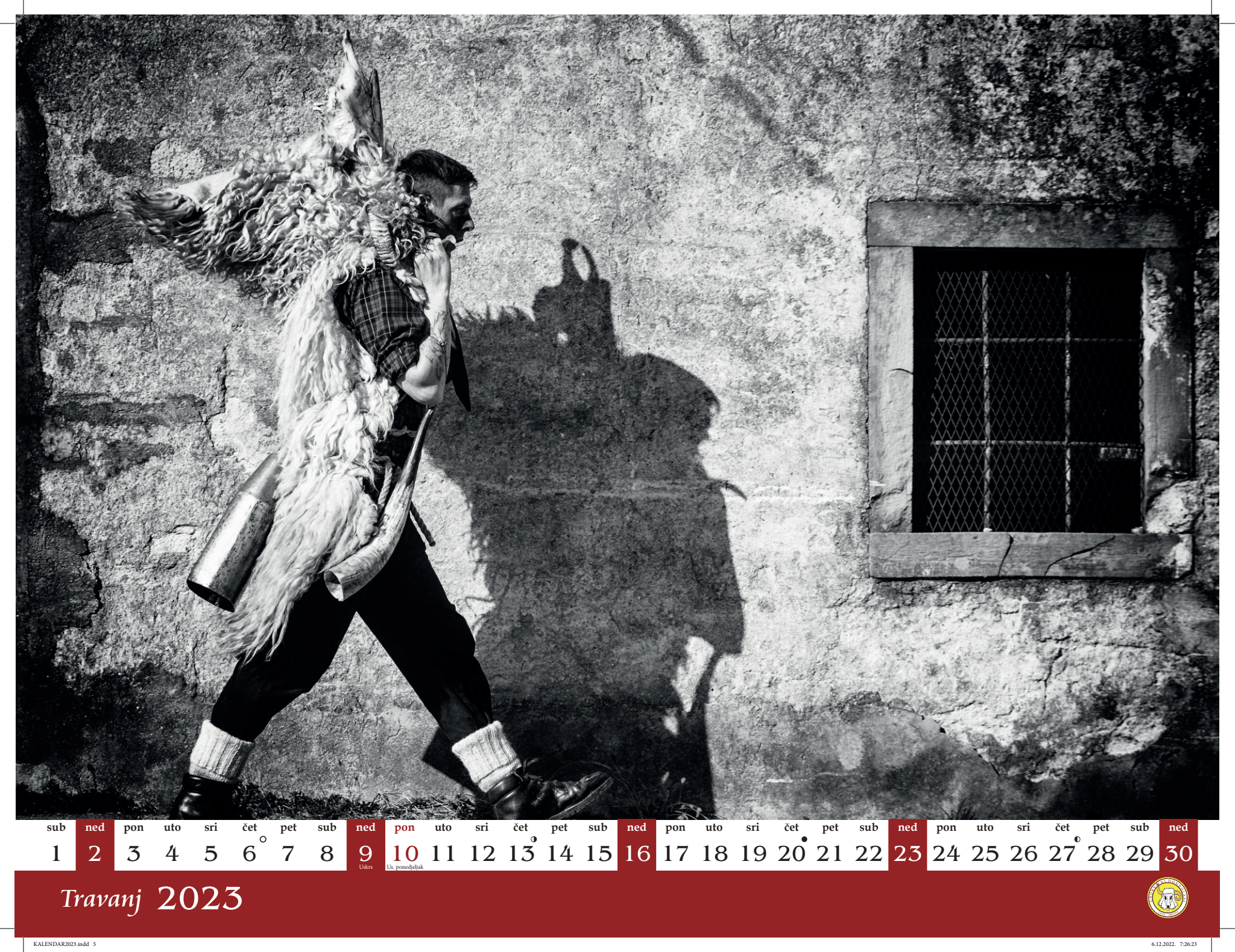 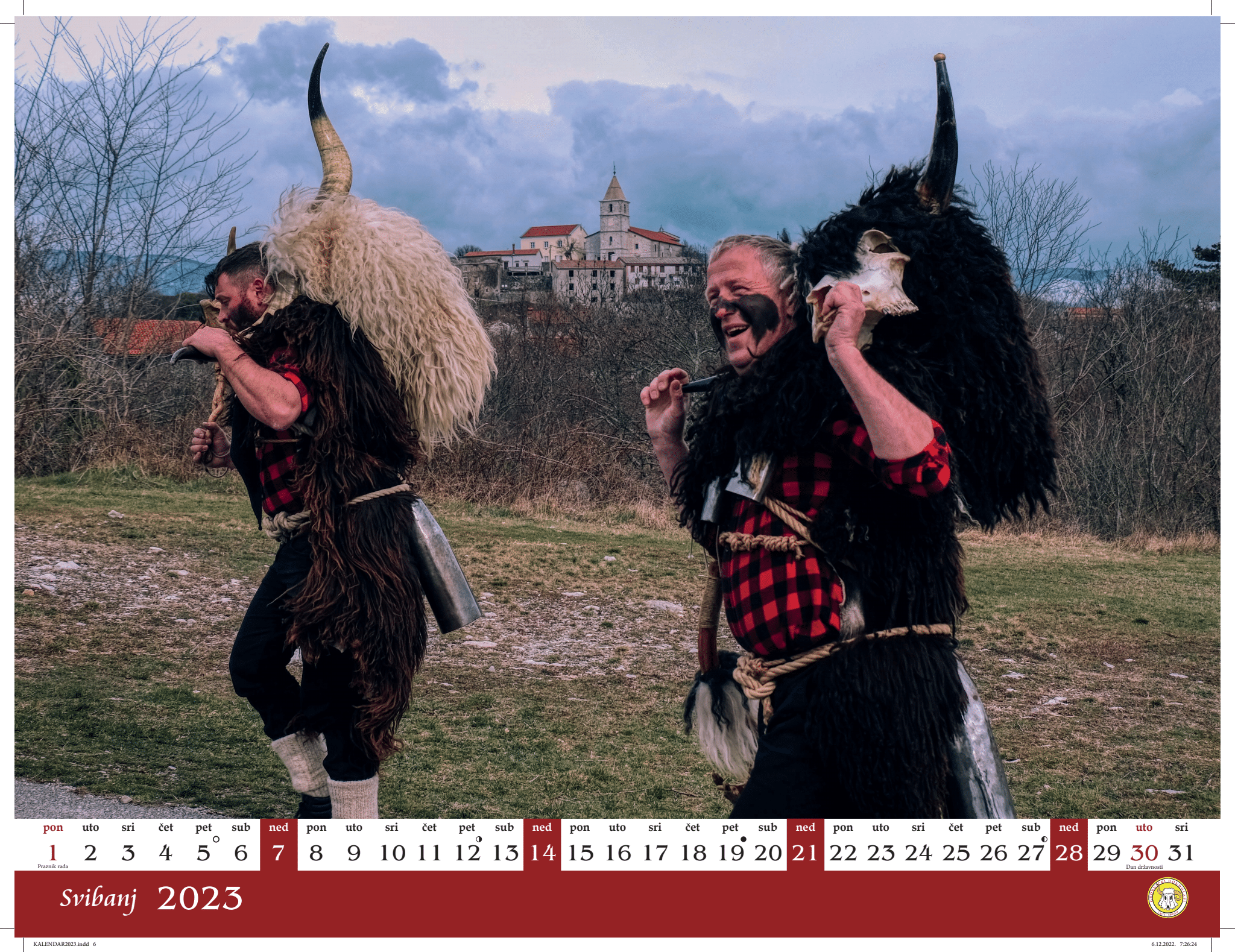 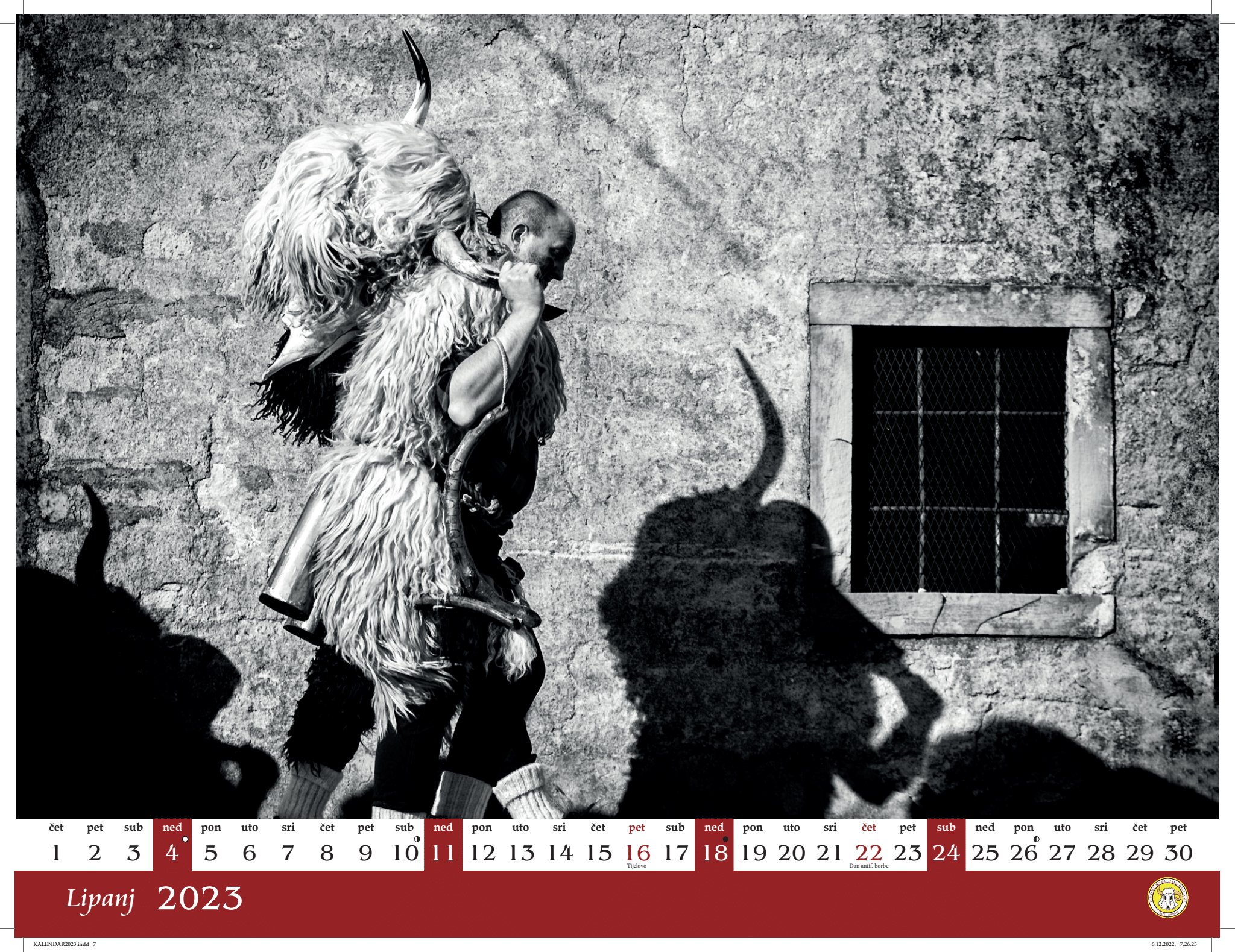 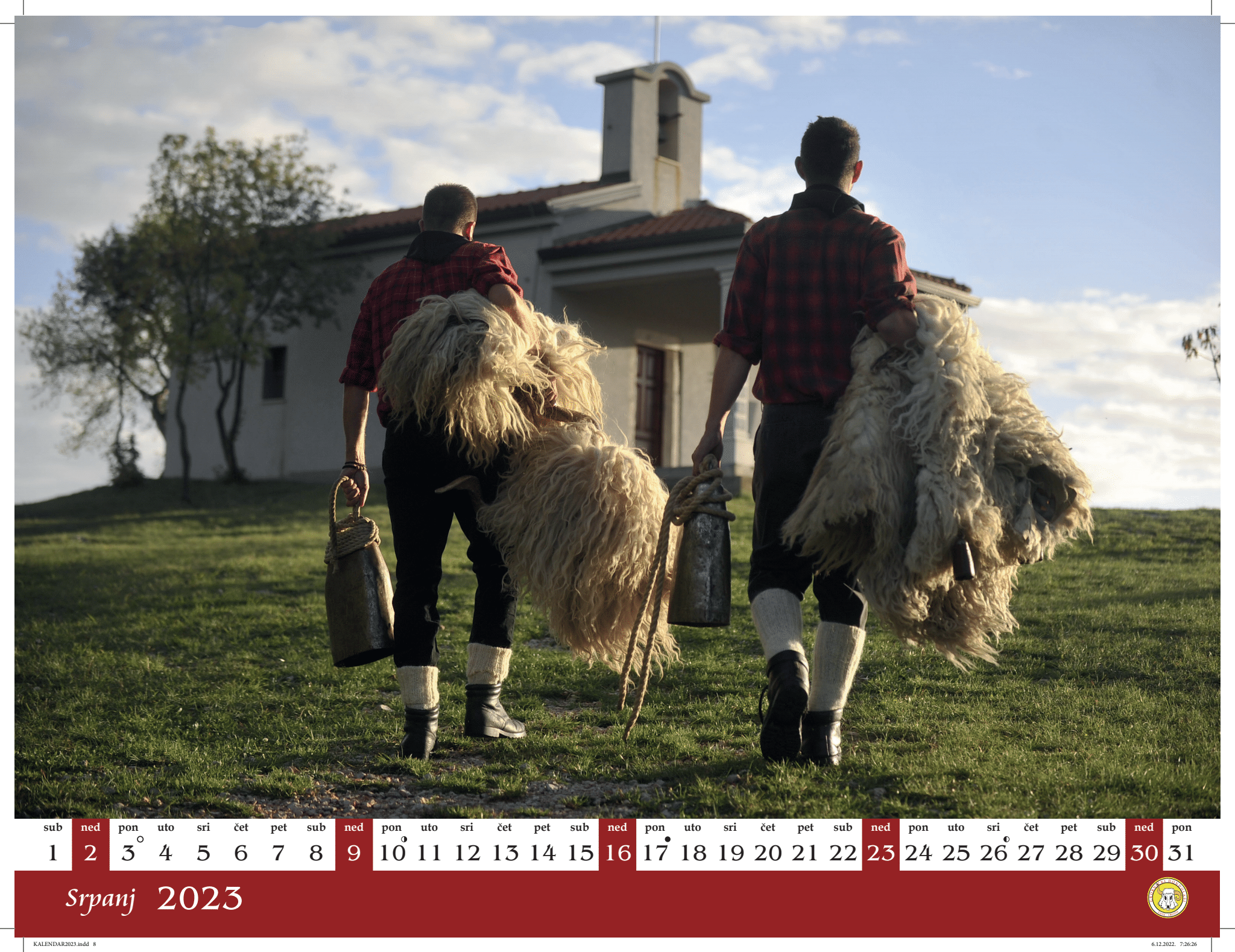 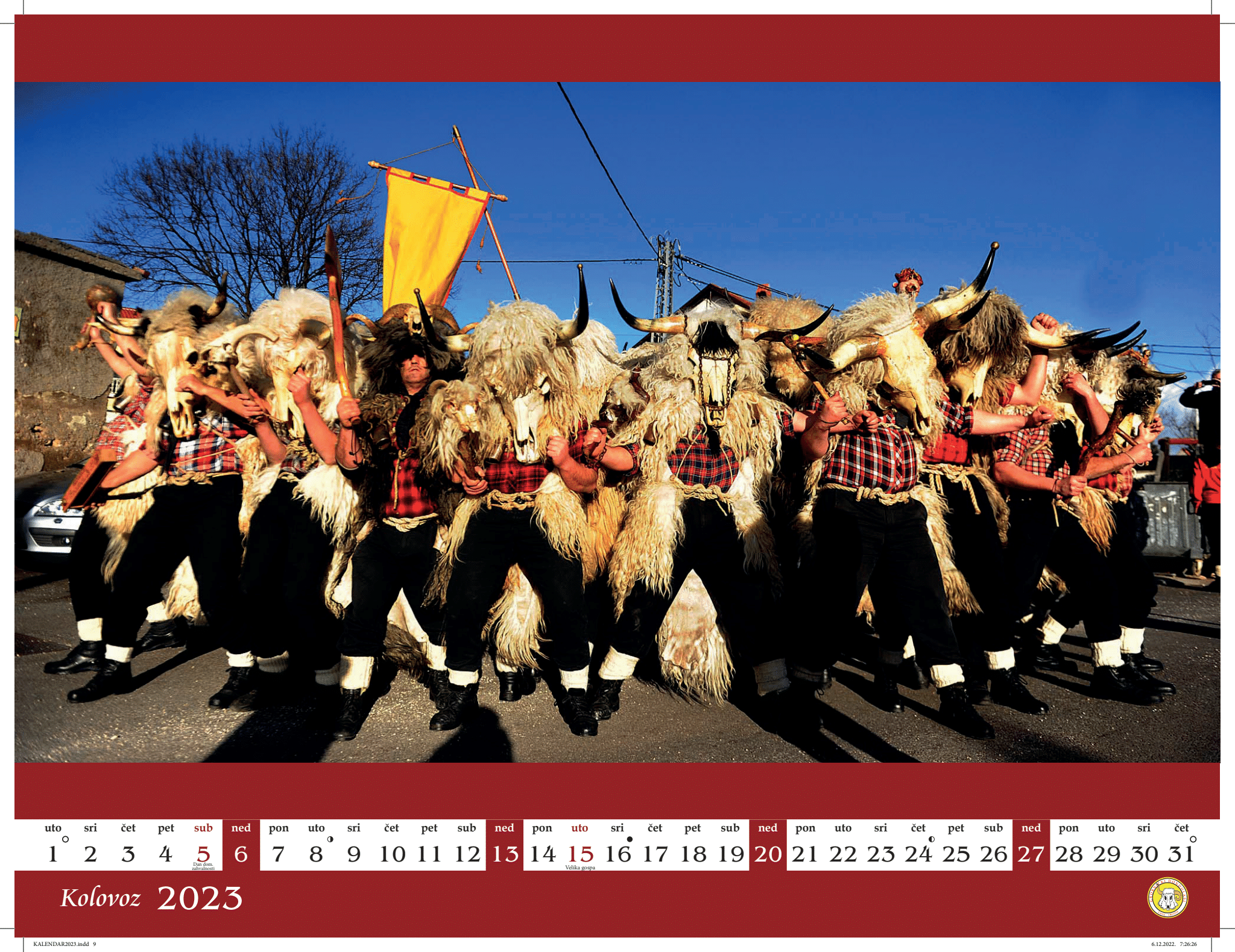 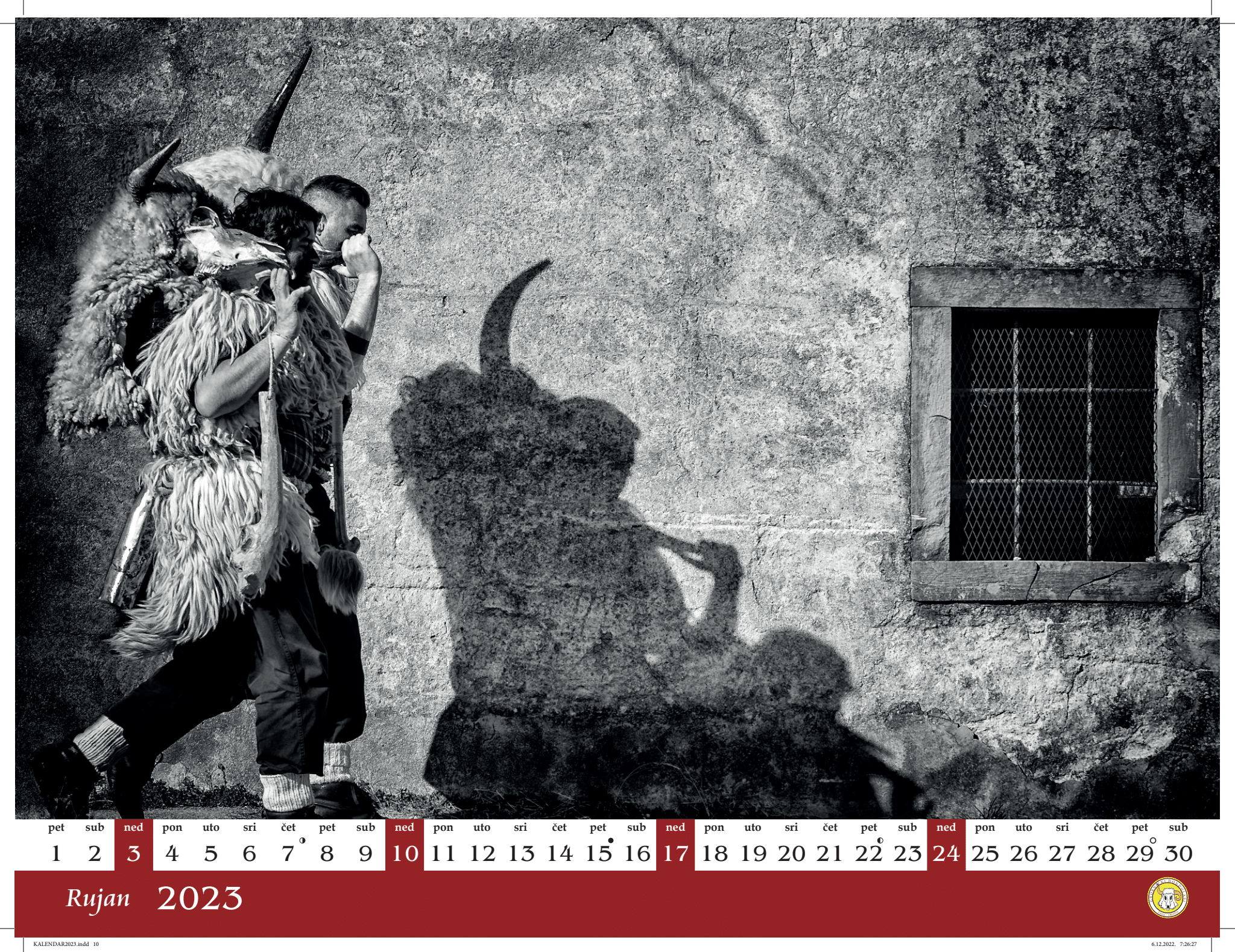 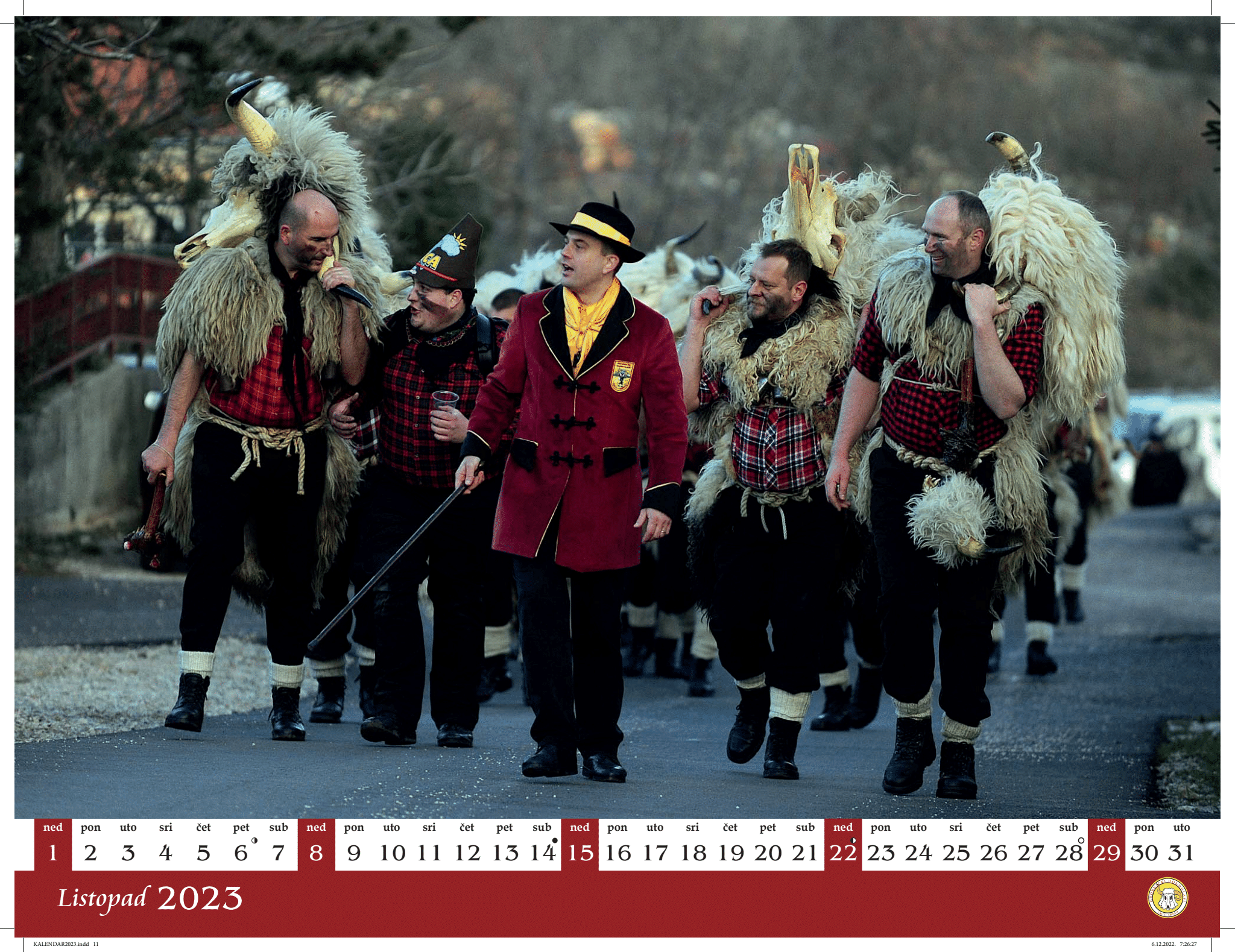 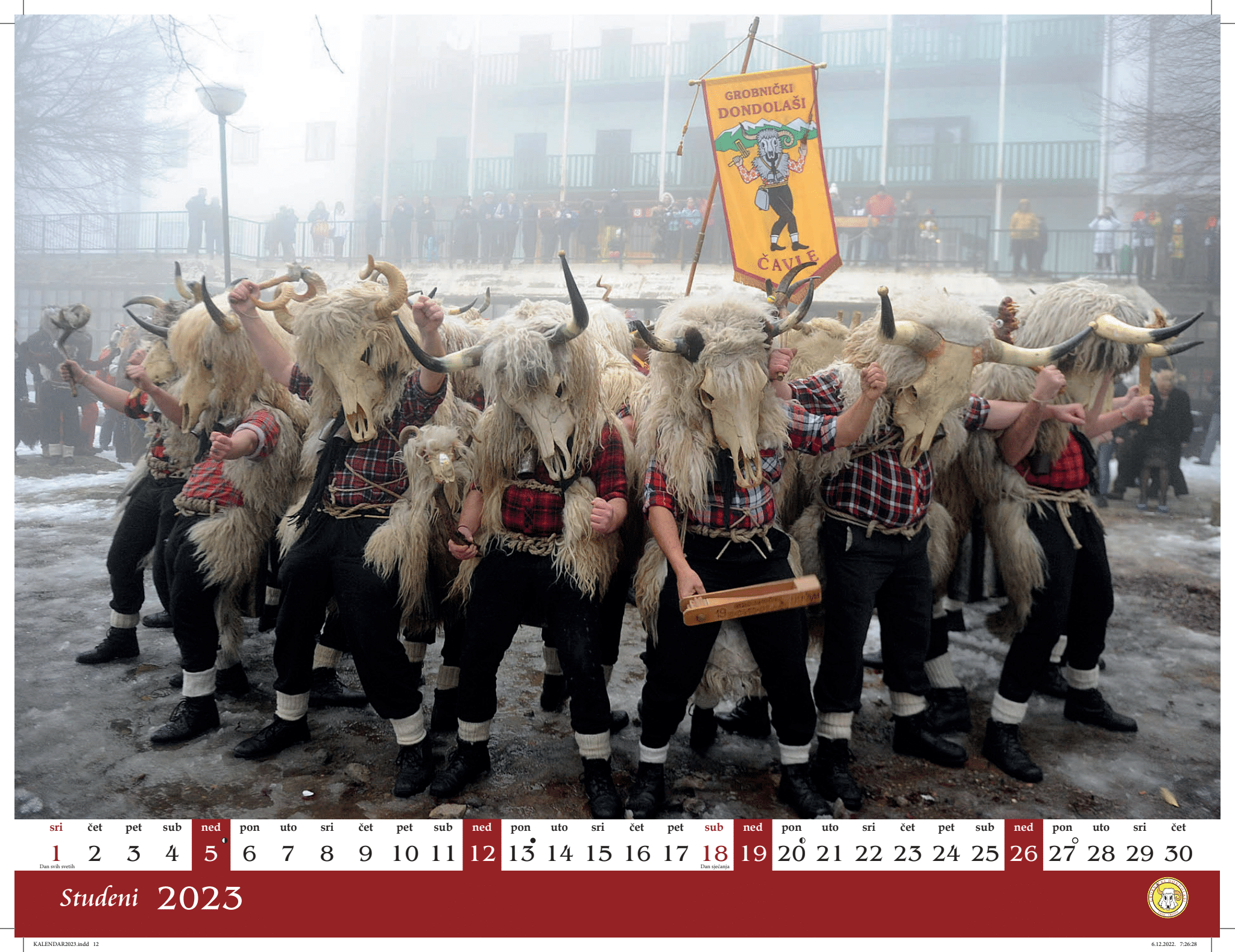 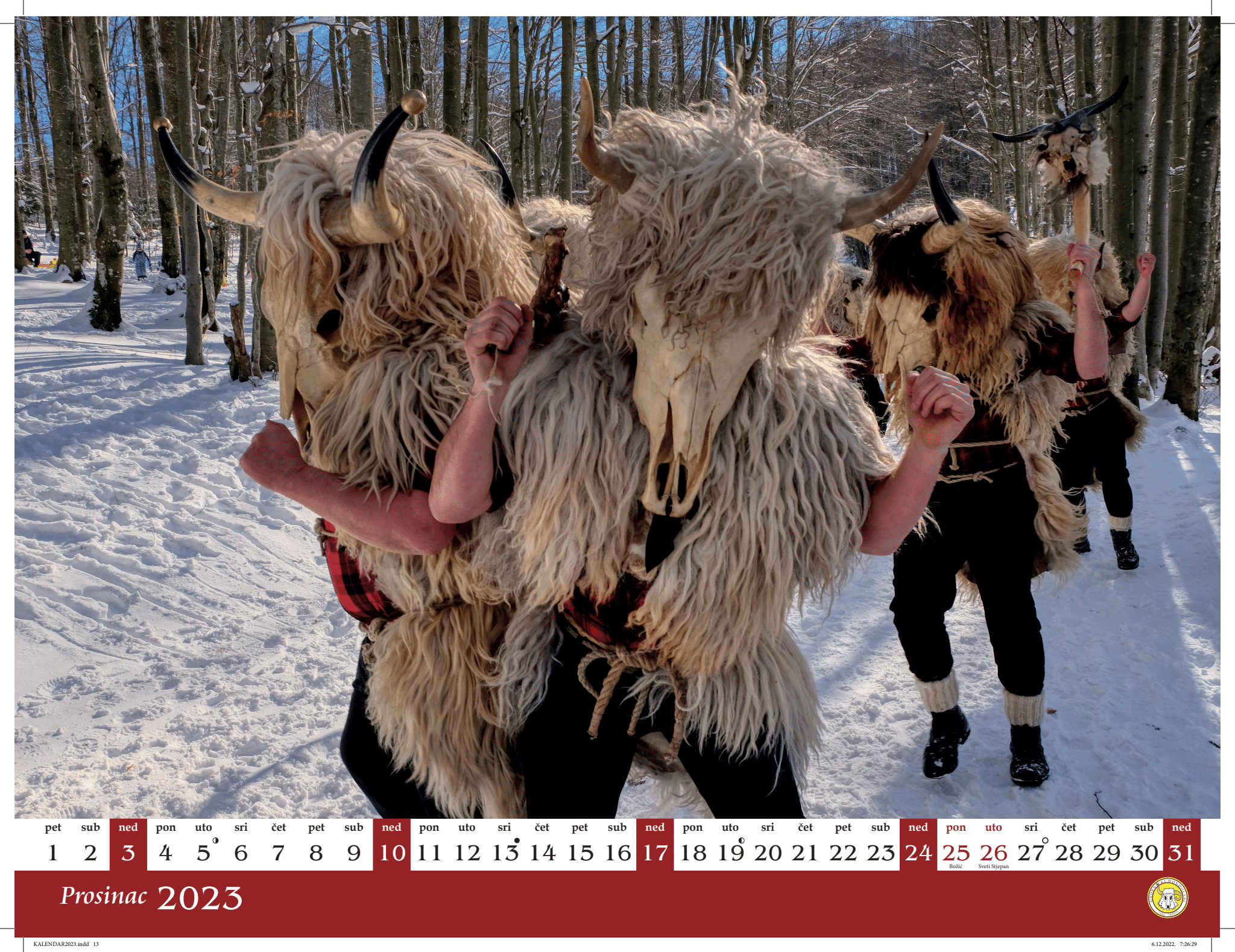 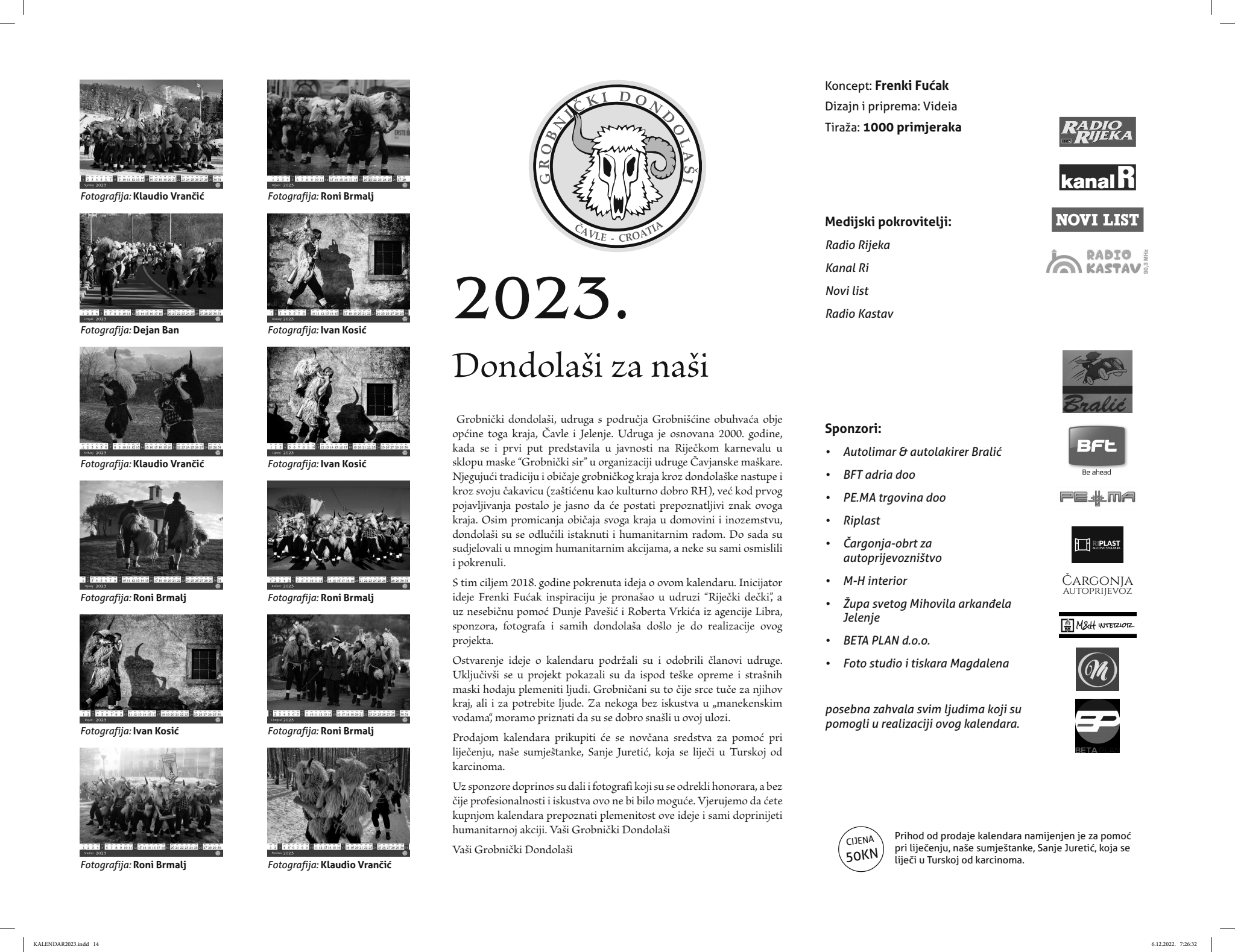 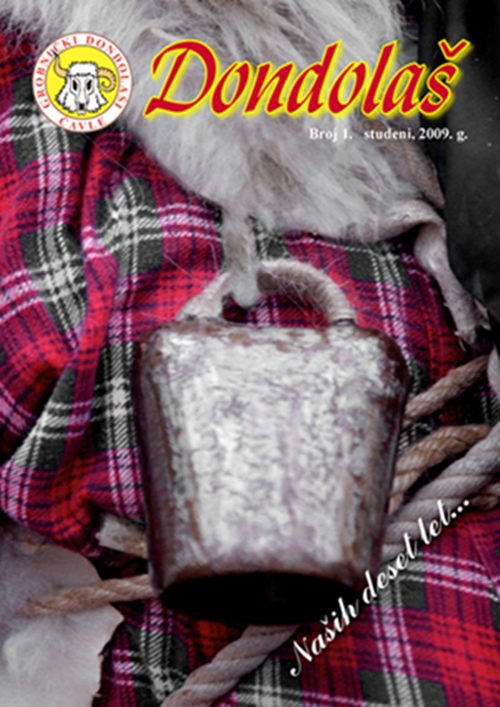 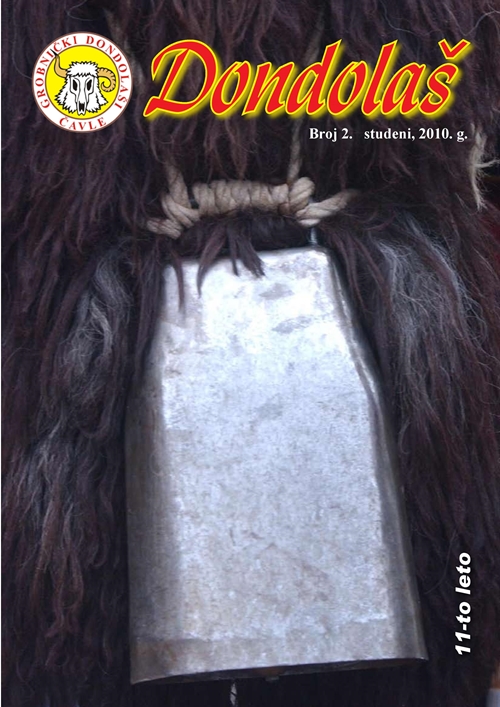